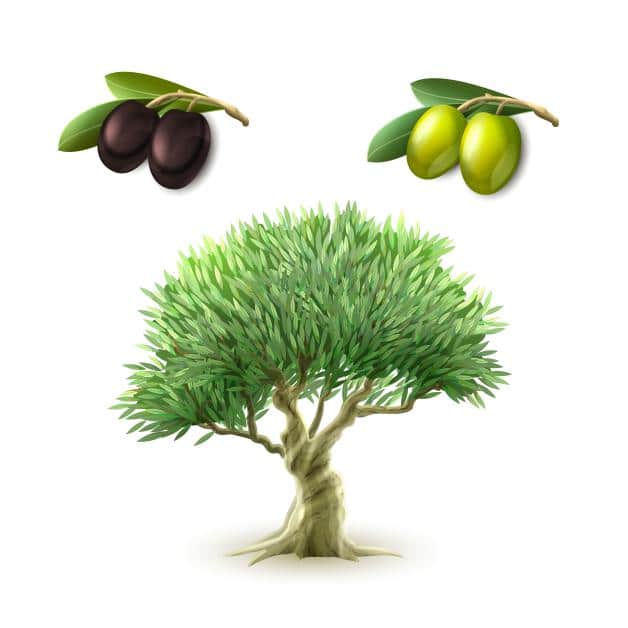 Hydroxytyrosol is one of the most potent natural antioxidants; it even surpasses the antioxidant capacity of vitamins E and C.

Hydroxytyrosol is found in the olive trees and is concentrated mainly in the leaves, where it acts as an antibiotic and an immunostimulant. It can also be found in extra virgin olive oil—both in its free form and in the form of oleuropein (which gives the oil its bitter taste)—but not in other oils as it is eliminated during the refining process.

Multiple scientific studies have confirmed the beneficial effects of hydroxytyrosol. In 2015, the Universitat Oberta de Catalunya (Open University of Catalonia, UOC) published the following paper: “Hidroxitirosol, el mejor antioxidante natural y el más desconocido: Estudio comparativo con otros antioxidantes.” (“Hydroxytyrosol, the best and least-known natural antioxidant: A comparative study of different antioxidants.”) This research is based on the assumption that hydroxytyrosol may be the best natural antioxidant, the benefits of which are still not fully known. To that end, it presents a series of conclusions that are listed below.

The antioxidant capacity of hydroxytyrosol

In various in vitro tests, hydroxytyrosol was found to offer greater protection than oleuropein and vitamin E against a variety of free radicals, such as linoleic acid micelles, and it is more effective in eliminating superoxide anions. Its antioxidant efficacy was also proven for hypochlorite-induced damage. In short, many in vitro studies have shown that the antioxidant capacity of hydroxytyrosol is superior to that of vitamins C and E.

Hydroxytyrosol is naturally present in the human body; therefore, the phenols from olive trees can circulate freely (as they are naturally recognised by the body) without the adaptation problems that other types of foreign polyphenols encounter. Likewise, there are no problems related to polyphenol accumulation in the body, as they are hydrosoluble and are excreted by the renal and digestive system.

The anti-atherosclerotic activity of hydroxytyrosol

Various studies suggest that lipid peroxidation is responsible for the pathogenesis of atherosclerosis. Perioxidation modifies LDL, causing the formation of fat deposits that produce atheromas. In vitro studies have shown that rats whose diet is rich in olive oil have greater resistance to lipid peroxidation than rats receiving other diets.

In other animal and human studies, it has been observed that polymorphonuclear leukocytes are involved in the development of coronary heart disease, angina and other consequences of atherosclerosis. Measuring instruments have confirmed that the enzyme responsible for this is 5-lipoxygenase, which is effectively inhibited by the phenolic compounds present in olive oil.

The antimicrobial capacity of hydroxytyrosol

Hydroxytyrosol has proven to be a good antimicrobial agent against pathogenic bacteria in humans (in clinically isolated strains), and it is more effective than erythromycin and ampicillin. Some of these pathogens are: Haemophilus influenzae, Salmonella spp. and Vibrio parahaemolyticus.

The ability of hydroxytyrosol to induce apoptosis

Chemoprevention is currently one of the main cancer treatments. Antioxidants have a promising future in this field. Epidemiological studies have shown that extra virgin olive oil is effective in preventing both breast and colon cancer.

The health benefits of hydroxytyrosol:

Protection of the cardiovascular system

Several studies indicate that the consumption of polyphenols reduces the risk of neurodegeneration and age-related cognitive decline. Brain activity expends a great amount of energy given that it consumes a high level of oxygen. The reactions involved in oxidation produce large amounts of free radicals that can damage cells. Hydroxytyrosol is able to protect brain cells against lipid peroxidation because it can cross the blood-brain barrier.

Studies carried out on the consumption of extra virgin olive oil and breast cancer reflect a lower prevalence of this disease in the population. Hydroxytyrosol protects against the proliferation of cancer cells and induces apoptosis in mammary epithelial cells and cancer cells.

Inflammation creates free radicals and depletes antioxidants. Hydroxytyrosol has the ability to inhibit the COX and LOX enzymes of arachidonic acid (AA), which thereby reduces the oxidative deterioration caused by inflammation.

Hydroxytyrosol, together with oleuropein, are the first group of molecules capable of multiple actions against the AIDS virus. Hydroxytyrosol inhibits viral entry and integration, and it acts both inside and outside the cells. This discovery is a good starting point for the development of new HIV inhibitors.

Protection of the immune system

By suppressing the synthesis of LDL, hydroxytyrosol can prevent colon and breast cancer, premenstrual syndrome, and cardiovascular disease. It also has an antimicrobial effect and destroys colonies of microorganisms that cause infections in the respiratory, intestinal and genital tracts.

The administration of hydroxytyrosol has positive effects on the formation and growth of bones. It is therefore possible to use hydroxytyrosol to treat the symptoms of osteoporosis.

The protection of hydroxytyrosol against other diseases:

Hydroxytyrosol is beneficial for eye health, especially in regeneration strategies for retinal pigment epithelium, macular degeneration and glaucoma, all of which are caused by oxidative stress.

It stimulates the production of proteins that promote cell survival.

Significant increase in research to determine the health benefits of hydroxytyrosol:

There is no doubt that researchers from all over the world have made a huge effort to highlight the health benefits of this polyphenol. Some of the latest studies are listed below, along with links to learn more about them.