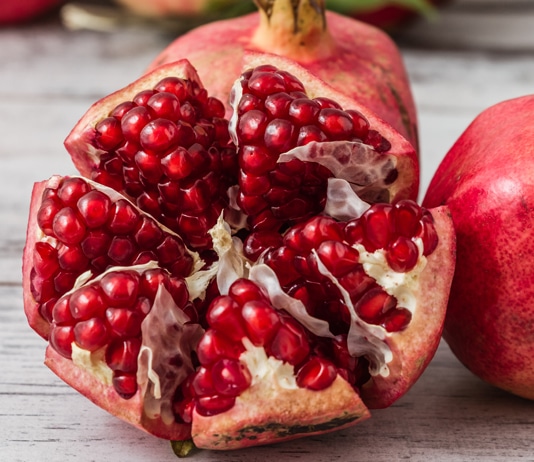 PUBLISHED ON: Journal of Natural Products and Biomedical Research

Punica granatum L. (pomegranate) is commonly known for its traditional use as a food supplement and for its medicinal values. Punica granatum methanolic pulp and peel extract were investigated for its antidepressant activities on mice model of depression using tail suspension test (TST) and forced swimming test (FST).

The results showed that pomegranate pulp extract at a dose of 25 mg/kg was effective as an antidepressant investigated by the two tests, FST, and TST.

This pomegranate pulp extract 25 mg/kg was the lowest dose given, and it showed a decreased immobility time in TST and FST when compared to the negative control group, stress induced group.

Punica granatum may have the ability to decrease the activity of MAO A and B in which this mechanism is fairly similar to that of a MAOI antidepressant drug, but further molecular study should be conducted to confirm it.