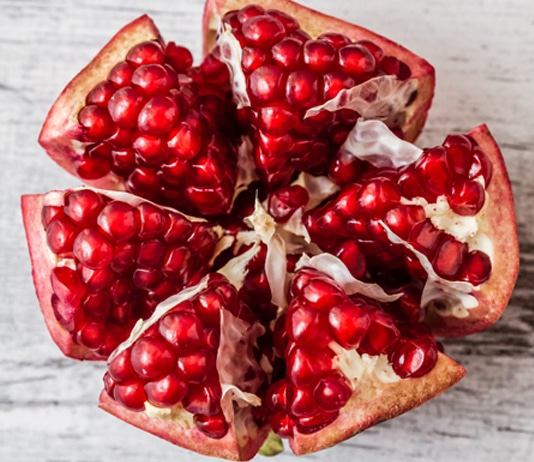 In conclusion, many studies, both in animal models and humans, demonstrated the pomegranate as one of the most powerful fruits enriched with high antioxidants and minerals and vitamins.

PUBLISHED ON: International Journal of Nutrition, Pharmacology and Neurological Disease

Neurodegenerative diseases, particularly mediated through increased nitroxidative stress and inflammatory cytokines, are considered to be a greatest medical challenge even for the poorly-developed world.

The un-predictable onset of neurodegeneration can lead to devastating illnesses, such as Alzheimer’s disease (AD), Parkinson’s disease (PD), Amyotrophic Lateral Sclerosis (ALS) and other types of dementia.

Extensive research has shown that inflammatory cytokines and mitochondrial dysfunction can promote neurodegeneration, resulting in accumulation of Ab peptides in the case of Alzheimer’s disease or progressive loss of dopaminergic neurons by a-synuclein mutation in the nigrostrial system in Parkinson’s disease. In addition, cardiovascular disorders are among the leading causes of death and disability in the world.

For instance, hypertension is a major risk factor for cardiovascular and cerebrovascular disease, end stage renal disease, type 2 diabetes, and metabolic syndrome. Similarly, cancers in many tissues including lung, breast, prostate and blood are leading causes of mortality all over the world. In addition to changes in gene expression and genetic mutations, environmental factors, drugs and dietary habits of individuals may play an important role in the onset of these neurological conditions.

In the search for effective treatment and cure, the focus has recently shifted from allopathic western medicine to alternative and complementary medicine in many countries (including the United States of America). In fact, some dietary supplements including herbs, vegetables, nuts and fruits, have demonstrated promising outcomes in improving human health. Among them, pomegranate; is one of the exotic fruits that has been known for its valuable effects from the time immemorial.

In conclusion, many studies, both in animal models and humans, demonstrated the pomegranate as one of the most powerful fruits enriched with high antioxidants and minerals and vitamins. The fruit also helps to prevent or treat many pathophysiological conditions without any side effect.