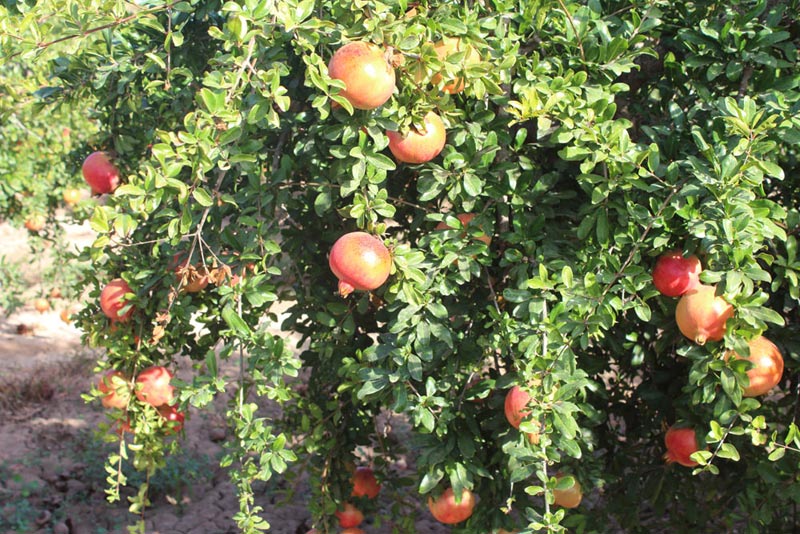 To investigate the effectiveness of the extracts prepared from different parts of Syrian Punica granatum Linn (family Punicaceae), against Clostridium perfringens type (D), which is resistant against many antibiotics.

The search for new antibiotics and alternative products to solve the increasing number of bacterial resistance to customary antibiotics has become an urgent need. To investigate the effectiveness of the extracts prepared from different parts of Syrian Punica granatum Linn (family Punicaceae), against Clostridium perfringens type (D), which is resistant against many antibiotics, 684 samples were isolated from intestines and livers of death goats by using blood agar, and a selective agar for growing of Clostridium perfringens(SPS agar). The isolated bacteria were typed by using ELISA apparatus. Many parts of Punica granatum was extracted with water, absolute alcohol, then ether by using soxhlet apparatus and rotary evaporator. The Antibiotic susceptibility testing of many antibiotics was conducted by using disc diffusion method in anaerobic atmosphere and break points method. The alcoholic extracts prepared from many parts of punica granatum (pericarp, leaves, flowers, seeds) showed different antibacterial effect against Clostridium perfringens type(D),whereas the studied antibiotics had not shown any antibacterial effect, except Clindamycin which showed partial effectiveness.

The bacterial toxins are a major cause of diseases since they are accountable for the majority of symptoms and lesions during infection. The clarification of the cellular mechanism of bacterial toxins remains a complex problem, but they appear to share a common mechanism of action such as (i) binding to specific receptors on the plasma membranes of the sensitive cells, (ii) preformation,(iii) internalization or translocation across the membrane barrier and (iv) direct secretion1 . The present study showed that the incidence ratio of Clostridium perfringens was 170(25.45%),and Clostridium perfringens type(D) was 10.18%out ofintestinal and liver samples of death goats, nearly to the infection rates 16% in Miah’s study 13 . While Hadimli’s study revealed that C. perfringenswas isolated from 8.66% out of 150 intestinal samples of lambs, and according to the ELISA results, 28.125% were C. perfringenstype D20 . Regarding the efficiency of the antibiotics, Clostridium perfringens type (D) was resistant to 18 tested antibiotics. Clindamycin was the only agent to which no resistance was observed, it was intermediate susceptible with inhibition zone diameter 9-12mm. As well as, bacteria’s growth at minimum and maximum concentration of antibiotics by using concentration breakpoint test, except clindamycin has growth at 64 mcg/ml,and no growth at 256 mcg/ml. Clostridium perfringens strains were resistant to tetracycline, erythromycin, clindamycin, lincomycin, kanamycin, and streptomycin, according to rood’s study9 , and chloramphenicol, gentamicin, amoxycillin, enrofloxacin, azithromycin and neomycin in Rahaman’s study14, which confirms our study.But in contrast, which we haven’t observed in our study,Alexander’s study exhibited that all antimicrobial agents tested including penicillin G, metronidazole, clindamycin, cefoxitin, cefotetan, imipenem, meropenem, amoxicillin-clavulanate, ampicillin-sulbactam, piperacillin,tazobactam, and vancomycinwere susceptible to C. perfringens strains21, and to ciprofloxacin, levofloxacin and penicillin14 .Stevens revealed that in gangrene caused by Clostridium perfringens, clindamycin, metronidazole, rifampin, and tetracycline were all more effective than penicillin22 . Many herb and spice extracts contained high levels of phenolic and exhibit antibacterial activity against bacteria. Gram- positive bacteria are generally more sensitive to the tested extracts than Gram-negative ones. Phenolic compounds can denature enzymes but they can also bind to substrates such as minerals, vitamins and carbohydrates making them unobtainable for microorganisms. Furthermore, phenols can be absorbed to the cell wall, resulting in a disruption of the membrane structure and function. The results showed that Punicagranatum possesses strong antibacterial activity directed against a Gram–positive anaerobic bacterium Clostridium perfringens type (D), and this is reported for the first time. Previous studies5 showed that the methanol and water extracts of the Punicagranatumleaf, peel have the antibacterial activity, but our study showed an opposite result for water extract. Both aqueous and ether petroleum extracts from different parts of the plant studied (pericarp, leaves, flowers,seeds) did not have antibacterial effect, inhibition zone diameter was zero, and no growth of bacteria at minimum and maximum concentration. While ethanol extracts produced disparate zones of inhibition against resistant Clostridium perfringenstype(D), with the inhibition zone diameter ranging between 11 to 16 mm. Also, in the method of studying susceptible test by using concentration breakpoint test, no growth of bacteria at minimum and maximum concentration of suspended pomegranatepeel, as well as of suspended pomegranate leaves. However, for suspended flowers and seed there was no growth at maximum concentration, in contrast of minimum concentration. In the present study, the ethanol extracts of the seeds and flowers exhibited modest effect twhen compared with the influence of alcoholic extracts of pericarp and leaves. Where the greatest zone of inhibition induced by the action of pomegranate peel extracts was 16mm, and the smallest zone of inhibition 11mm was induced by seeds. This result was in agreement with the findings of Iranian’s study in pomegranate peel extract13 mm23.

In comparing the ethanol extracts with antibiotic susceptible, the activity of seeds alcoholic extract was similar to clindamycin. Although the global studies pointed out the impacts of flowers, in decreasing the blood glucose24 , and reducing the cholesterol or triglycerides25; but it did not show the antibacterial effect, while our study proved it in the alcoholic extract which had produced 11mm diameter zones of inhibition. Pomegranate fruit peel composites tannins, piperidine alkaloids and pelletierin triggers like strychnine, a raised stimulant reflex, which can escalate to tetanus and is effective against diverse tapeworms, ring worms and nematodes. The tannins in the drug make it useful as an astringent for sore throats, diarrhea and dysentery, but the drug which contains tannins and alkaloids, is anthelminticand amoeboid26 . Tannins present in many plants including pomegranate (Punicagranatum L.) fruit pericarp (peels). They are water-soluble polyphenolic polymers, and have capacity to form complexes mainly with proteins, and carbohydrates due to the presence of a large number of phenolic hydroxyl groups27 .The peels also have multiplicity of phytochemical compounds, e.g., gallotannins, ellagic acid, gallagica cid, punicalins, punicalagins28 . This fruit is found to be a rich source of polyphenolic compounds. The antibacterial effect may be due to phenoliccompounds which could increase due to the presence of organic acids; or to the presence of some secondary metabolites29 .

The ethanol extracts of the Punica Granatum revealed antibacterial activity against Clostridium perfringenstype(D) and further studies are required to understand the compounds responsible for this mechanism of action.