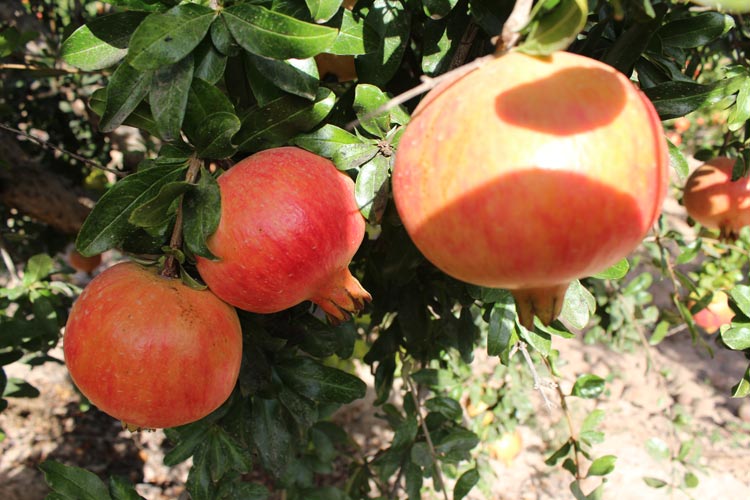 Punica granatum (pomegranate) and its potential for prevention and treatment of inflammation and cancer.

The last 7 years have seen over seven times as many publications indexed by Medline dealing with pomegranate and Punica granatum than in all the years preceding them. Because of this, and the virtual explosion of interest in pomegranate as a medicinal and nutritional product that has followed, this review is accordingly launched.

The pomegranate tree, Punica granatum, especially its fruit, possesses a vast ethnomedical history and represents a phytochemical reservoir of heuristic medicinal value. The tree/fruit can be divided into several anatomical compartments: (1) seed, (2) juice, (3) peel, (4) leaf, (5) flower, (6) bark, and (7) roots, each of which has interesting pharmacologic activity. Juice and peels, for example, possess potent antioxidant properties, while juice, peel and oil are all weakly estrogenic and heuristically of interest for the treatment of menopausal symptoms and sequellae. The use of juice, peel and oil have also been shown to possess anticancer activities, including interference with tumor cell proliferation, cell cycle, invasion and angiogenesis. These may be associated with plant based anti-inflammatory effects,

The phytochemistry and pharmacological actions of all Punica granatum components suggest a wide range of clinical applications for the treatment and prevention of cancer, as well as other diseases where chronic inflammation is believed to play an essential etiologic role.